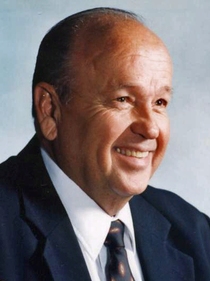 Claude David Glad passed away on November 17, 2016. Our dearly loved Husband, Father, Grandfather, Great Grandfather and Brother was called home to our Heavenly Father and a much-anticipated reunion with his Parents, Grandparents, Brother and a host of loved ones.  He was born January 15, 1939 in Salt Lake City, Utah to Clyde Davison and Janet May Thomson Glad.  Dave grew up with his brothers, sister and cousins as his closest friends and fellow mischief makers.  After graduating from Jordan High School, he served a mission for the Church of Jesus Christ of Latter-day Saints to the Northwestern States from 1959-1961.

He married his Sweetheart, Terry Haueter, in the Salt Lake Temple on April 3, 1962.  They made their home in Cottonwood Heights, Utah where they raised their six children and provided a temporary home for several nieces and nephews and a few other lucky young people.

David was a dedicated member of the Church of Jesus Christ of Latter-day Saints in which he served in various callings including Bishop of the Brighton 1 st Ward.  He and Terry served a full-time mission to Tallahassee, Florida; as missionaries in the Spanish Initiative in Salt Lake City; and in the Family History Library where he could share his great love of family and heritage.

Dave’s chosen career was law enforcement and he was an officer of the Salt Lake County Sheriff’s Department where he retired after 32 years with the rank of Captain. He was loved and respected by his fellow officers and community members alike.  He had a love of the Boy Scouts of America and continued a family tradition of serving in that organization for 63 years where he made many friends and had great adventures.  Dave proudly served in the US Army National Guard from 1957 to 1965.

Dave loved his family. One of his favorite pastimes was camping with his brothers and sisters and their families.  Upon his marriage, he gained 6 new sisters to love and eventually their husbands as his brothers. Holidays and life events were always celebrated with family. He cherished his sweet wife, Terry. As his children married, he welcomed each new spouse into the family as one of his children.  He loved spending time with his children and grandchildren; and through his stories and his example, he taught us to be honest, kind and to love the Lord.  Though he is no longer with us, the things he taught and the memories he gave us will always be a part of each one of us.

He is preceded in death by his parents and one brother, Howard.

Dave’s family would like to thank Utah Home Health and Hospice, especially Yolanda, Ruth and Emily, for their tender care given during the last weeks of his life.

To order memorial trees or send flowers to the family in memory of C. David Glad, please visit our flower store.