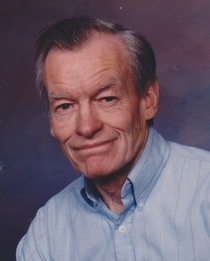 Carlos is survived by his dear wife Dorothy, his brothers Paul, Frank, Robert, Stephen, and Calvin; his sisters Bessie, Gayle Jacobs, Lois Tucker, and Marci Lambros and his children:  Jonathan, Earlene, Carol, David, Dan, Suzanne, Calvin, Ross, Bob, Mary, Jason, Becky, Julie, Anita, Steven, Shiree, James, Jonie, Janae, Victor, Rosalynde, Ruth, Jake, Alex, and Michael.
He was his father's helper through all his young life. He was a very hard worker and was happiest when he was busy. He was a man of many talents and occupations which include farming, dairyman, mining, truck driving, and mechanics. Then his childhood dream of flying became a reality. He was able to volunteer for the Civil Air Patrol (CAP), fly for Search and Rescue (SAR) and for his brother Don for a time. He became a commercial pilot and flew for Alpine Air. He absolutely loved to fly and was protected many times. With God as his co-pilot, he survived three "mayday" landings.

Carlos was a spiritual giant who lived his live in service to others with a desire to please our Lord and Savior, Jesus Christ in all he did.   A true servant leader, he taught by example and stood firm in his beliefs.  On numerous occasions, he humbly stated  that he was "blessed beyond measure".  He was a very loving man who treated everyone with charity and kindness and made each of his family members feel as if they were his favorite, and we truly were!
To order memorial trees or send flowers to the family in memory of Carlos Owen, please visit our flower store.