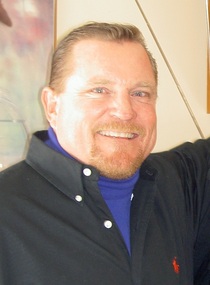 “A stranger was only a friend he had not yet met.”

Bruce Giles Iverson received his wings on May 19 th , 2016 for his next journey.

Bruce was born November 6 th , 1957 to Milton and Nellie Jo Iverson in Palo Alto, California.  He was the youngest of four children.  He graduated from Woodside High School and continued his education at Utah State University where he graduated with a business degree in 1981.  At Utah State University he was President of the Sigma Alpha Epsilon fraternity and was actively involved with the Greek system.  He worked in commercial real estate and started his own marketing consulting business.  Bruce was an active member of Kiwanis and very involved with their scholarship and mentoring programs.  Bruce was a kind, loving and very generous person who never met a stranger, only a friend.  He endeared everyone to him through his thoughtful, fun and gregarious nature.  We will all miss him beyond what words can express!

He was preceded in death by his parents, Milton and Nellie Jo Iverson. A celebration in his honor will be held Sunday, June 5 th at 4:00 pm at Creekside Park, 1664 East Murray-Holladay Road.  A celebration of his life will be held in California at a later date.

Online condolences may be offered at www.cannonmortuary.com .

In lieu of flowers the family suggests donations to the Kiwanis Club of Sugar House.

To order memorial trees or send flowers to the family in memory of Bruce Iverson, please visit our flower store.