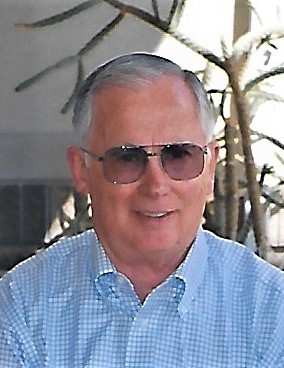 Dr. Bruce D. Hopkins, husband, father and grandfather, passed away peacefully on December 15, 2019 of causes incident to age.  Bruce was born July 9, 1935 in Parowan, UT to Laura Warren and Antoine W. Hopkins.  During his youth, Bruce spent much time tending sheep and cattle on his family’s rangeland in southern Utah and he developed a strong appreciation of the outdoors that he maintained for many years through cross country skiing, hiking and camping.  Bruce’s parents divorced in the early 1950’s, and he relocated with his mother and two siblings to the Rose Park area in Salt Lake City in 1953.  Bruce attended Cedar City High School prior to his family’s move and ultimately graduated from West High School in 1953.  Shortly thereafter, he entered the US Air Force where he served for a total of six years in the regular and reserve forces.  Bruce married Saundra K. Niederhauser in 1959 in Salt Lake City and they had been together for over 56 years at the time of Saundra’s passing.

Bruce had a lifelong passion for learning as evidenced by his academic and professional achievements.  He received his BS in Physics with Honors from the University of Utah in 1962 and then, after working two years as a scientist at the Hanford Nuclear Reserve in Washington, he continued his schooling, ultimately receiving a PhD in Physics in 1968.   Upon graduating, Bruce went to work for Hercules where he worked for over 30 years as a genuine “rocket scientist” on many defense and space projects.  His work often involved advanced technology, leading to his attainment of a “top-secret” security clearance.  In addition, Bruce served as a Section Technical Chairman of the American Institute of Aeronautical and Astronautics for three years.  He enjoyed teaching and he spent a number of years as an associate professor teaching college-level classes in statistics and other mathematics.  Bruce was an avid reader and could be found at 5:00 am, virtually every morning for many years, reading a variety of highly technical scientific tomes.

Bruce loved his children and spent many hours playing with them.  Using his natural artistic abilities, he would carve wooden toys for play.  He was always in the pool on family vacations and participating in all level of horseplay.  For many years, he enjoyed taking the family to all of the University of Utah home football games.  Later in life, as his children grew up, Bruce was regularly helping out at their homes as a skilled handyman.

Bruce is survived by his children, John (Amber) Hopkins and Natalie (Scott) Peterson, four grandchildren and his siblings Latona (Al) Haertel, Reid (Rayetta) Hopkins and Jackie Hyatt.  He was preceded in death by his parents, his wife and brother-in-law Neldon Hyatt.  In lieu of flowers, the family suggests donations be made to the Cure Alzheimer’s Fund (https://curealz.org/).

To order memorial trees or send flowers to the family in memory of Bruce Hopkins, please visit our flower store.