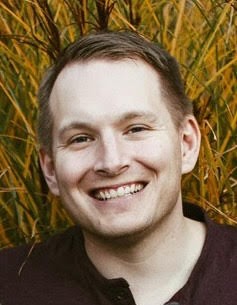 Brett Ellis Blocher, our loving husband, father, son, and brother, chose to end his battle against chronic pain and mental anguish on October 9, 2021. Brett was honorable, loyal, stoic, and was deeply present in the relationships he had with those lucky enough to be in his life. We know Brett was welcomed on the other side by love, understanding, and peace.

Brett was born on April 29, 1986 to Lauren and Vic Blocher as the second of four sons, and grew up in Oak Ridge, Tennessee. He played competitive tennis while growing up, and won the Boys 12 state championship. He also earned his black belt in taekwondo, and studied judo and hapkido. He played Division 2 college tennis for Carson-Newman University and then moved west, graduating from Utah Valley University in 2012 with a Bachelor of Science in Psychology. Brett served a mission for The Church of Jesus Christ of Latter-day Saints in Ukraine and Baltimore, Maryland. He began his military service at age 23, and completed his training in Ranger school. Brett deployed overseas multiple times, including tours in Iraq and Afghanistan. He served his country selflessly. Among other decorations, he was awarded the Silver Star and Purple Heart.

Brett married the love of his life, Renée Louise Harrison, on May 21, 2016 in the Provo City Center Temple. Brett was a devoted partner, and they worked to build a family together based on caring, forgiveness, and love.

Brett considered being a husband and father his greatest source of pride, and his family brought him immense joy. Brett had a close and loving relationship with his daughters, Mara and Blair. Always unapologetically himself, he daily fought through unbearable pain to be hardworking, kind, caring, and devoted to his family. Brett is survived by his wife Renée Blocher, daughters Mara and Blair Blocher, parents Lauren and Vic Blocher, and brothers Victor, Brian, and Adam Blocher.

To order memorial trees or send flowers to the family in memory of Brett Blocher, please visit our flower store.