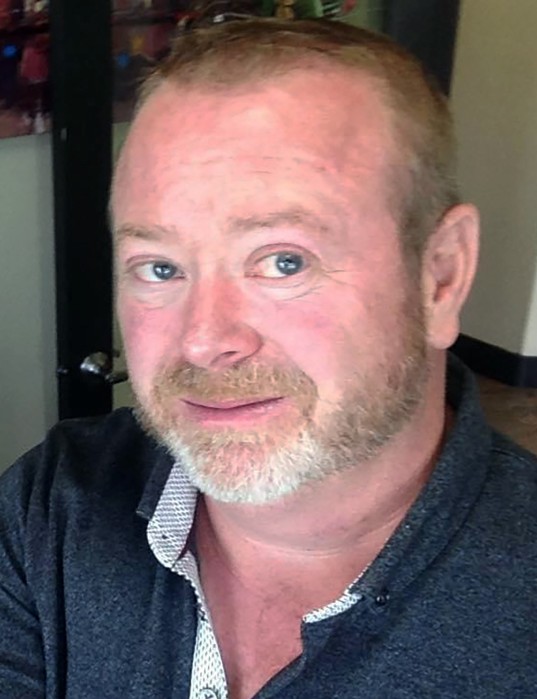 Our beloved son, husband, father, brother, and friend, Bradley Val Staker died unexpectedly on October 12, 2021 after suffering an epileptic seizure. He was 51 years old and passed surrounded by loved ones.
Born on August 25, 1970 in Murray, UT to S. Val Staker and Sandy L. Martin, Brad was the eldest of 4 children. Even at a young age, Brad’s love of adventure and sports was apparent, and he was always looking for the next adrenaline rush. He would always find the humor in a situation, making everyone laugh and brightening their day. All of this came together at Hillcrest High where he was one of the first male cheerleaders, able to entertain a crowd with a standing backflip or getting them fired up for their team. After graduating in 1988 and attending a year of college, Brad served a mission for the LDS Church in the California San Jose Mission. He then returned to BYU where he graduated with a degree in psychology in 1994.
Brad’s greatest joy in life was always his family. He married his eternal companion, Heather Elizabeth Hobson, on August 16, 1994 in the Salt Lake Temple and, together, they were blessed with 4 beautiful children. Brad and Heather’s children were the lights of their lives, and Brad’s happiest moments were with them – whether teasing them at home, demonstrating how to ride a boogie board or surf a wave in California, watching a regatta in Burley, riding a jet ski or snowmobile (or anything else that went fast), or even just quietly watching a show.
Brad was persistent and patient, long-suffering but never a complainer, and blazed his own trail through life. He was the first to take the polar bear plunge at Stansbury Reservoir in Tooele, and the last to catch a ski lift for one last run. He convinced many friends and family to accompany him in these things, including always competing with and pranking his brother, Ryan. The best part of all of these is that cell phones didn’t exist at the time, so there is no documented evidence of anything that may or may not have happened and may or may not have been illegal.
Professionally, Brad’s life has also revolved around family. In the early part of his career, he worked closely with Ryan, renovating houses, and running a pavement striping business together where he did the accounting and invoicing. As Brad got older, the projects got bigger and bigger as he expanded his marketing role in the family-owned Staker Company.  Some projects where Brad was involved include the Monarch Meadows development, the build out of the Harmony apartments, the development of flex-space at Bringhurst Station, the Lone Peak and the Almond Street projects, and the mixed-use Pluralsight campus with hundreds of thousands of square-feet of office space for lease. Brad was a “people person”, and was successful because of his easy manner and ability to connect. While these were all exciting opportunities, Brad’s number one motivation was building upon and maintaining the family business to leave a legacy for his own children. His presence at the firm and in the industry will be missed.
Brad is survived by his wife, Heather; children, Hannah, Avery, Griffin, and Bianca; sister Kim Holmstrom (Mike); parents Val Staker and Sandy Martin (Terry); and a whole bunch of friends whose days were made brighter with his quick wit and humor. He is preceded in death by his sister, Brittin and brother, Ryan.
Funeral services will be held Friday, October 22, 2021 at 12:00 noon at the Union First Ward, 1535 Creek Road, Cottonwood Heights, UT 84093. Viewings will be held Thursday, October 21st from 6:00-8:00pm and Friday, October 22nd from 10:30-11:30am at the Union First Ward.
Please consider supporting the Epilepsy Foundation. ( http://WalkToEndEpilepsy.org )

To order memorial trees or send flowers to the family in memory of Bradley Staker, please visit our flower store.