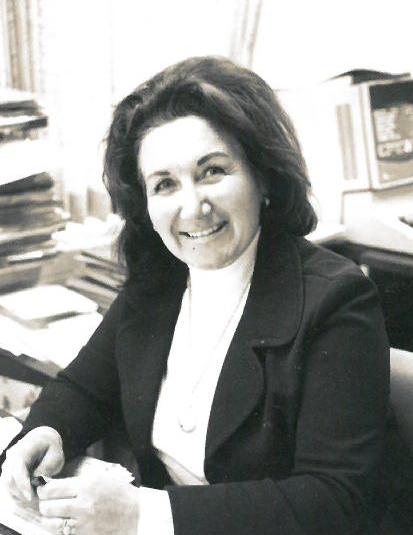 
Betty Eileen Baldwin Fagan loving mother, grandmother, great grandmother, sister and friend to all, was born in London, England July 2, 1926. She died peacefully during the early morning hours on Friday, September 1, 2017. Betty was the daughter of Albert and Caroline Baldwin.

Betty was a proud U.S. Citizen but cherished dearly her English heritage. She was born in and grew up in a small, quiet English village outside of London and has many fond childhood and family memories. Betty had one older sister and brother, and two younger sisters. Her brother was her best friend and protector and she played with him and his friends. She was as good as any boy at cricket. She could climb trees as well as any of the boys, but in those days girls always wore dresses, not shorts or pants, so her brother made all the boys climb up first, because he didn’t want anyone looking up her dress!  He remained her close friend and advisor throughout her life and always watched out for her. She missed him greatly after his passing a few years ago.

Betty loved and admired her parents deeply.  Her mother was a small, beautiful woman that was very much in control and ran a strict but loving household. They never went without, even during the war years.  Her father was a quiet, unassuming man who drove a bus in London, even during the blitz. He was very dedicated to his job and during the blitz took great pride getting all of his passengers safely into the air raid shelters.

This wonderful life took an abrupt change during the war years. Her youngest sister was sent up north during the war to live with a family for her safety, away from the bombings.  Her brother enlisted and became a pilot in the Royal Air Force. Betty was 14 and an outstanding student, had earned a position with the BBC. When the bombing started, everyone did their part.  Betty’s was in the Red Cross helping bombing victims, and was very emotional and difficult at times.  Fortunately, her family all survived these years and remained very close to this day. Her two lifelong heroes are the Queen and Winston Churchill.

In 1944 Betty met and married a Canadian soldier, Alfred Fagan. The next year gave birth to a daughter and her pride and joy, Carolyn Ann. After the war, two years later, Betty and her family moved to Quebec, Canada, her husband's home. During their 5 years there, Betty was taught and baptized by a young LDS missionary, Neal Maxwell.  After a visit to Salt Lake City, Betty convinced her husband to move there, where they lived for the next 18 years.  Where she worked for First Security Bank and where she held just about every calling in the young women's organization possible.  Unfortunately, her marriage ended in 1970 and she left her job at the bank and relocated to Los Angeles to be with her family that had all moved from England in past years.

Betty, after 6 years in banking in California, convinced two co-workers at the bank to retire and together they moved to a one stop sign tiny village on the Washington Coast named Indianola. They purchased the local general store that Betty ran for the next 20 plus years. Here, Betty re-invented herself and became a well-loved personality in the town and nearby LDS ward.  At that point, she retired to a life of friends, clubs, church and volunteering. However, after another 15 plus years, her declining health dictated that she move back to Salt Lake City to be with her daughter and family.

She spent the last year at Coventry Assisted Living Center where she made many friends and started to improve. But after a couple of recent falls she decline rapidly and was put on hospice where she passed away Friday morning.  The family can just picture the joyous reunion taking place between sweet “Bet”, as she was called and her beloved parents and siblings. We also wish to thank the staff, residents and local LDS Branch of Coventry Assisted Living for all the care and friendship extended to her. Also, Silverado Hospice for the loving care given during her last days.

To order memorial trees or send flowers to the family in memory of Betty Fagan, please visit our flower store.