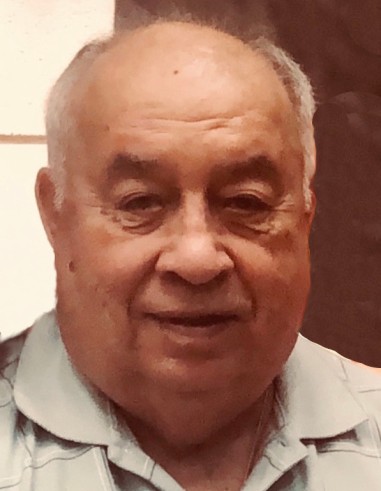 Benjamin Ulibarri Jr., of Cottonwood Heights, Utah passed away on August 29, 2020 after a short illness.

Ben was born on December 21, 1938 to Benjamin Ulibarri Sr. and Asuzena Ulibarri in La Puente, New Mexico. After graduating from Tierra Amarilla High School in Tierra Amarilla, New Mexico, he moved to Salt Lake City, Utah where he began working at the George E. Wahlen Veterans Affairs Medical Center. He spent his entire career at the VA, retiring after 37.5 years. He was loved by co-workers and patients. Ben especially enjoyed working with the chronic mentally ill; he cared for them with compassion, dignity and respect.

While working at the VA Hospital, Ben met Jeri, his true love and best friend. They joked that she “took him out on pass from the VA and never returned him.” They wed in 1972. Together, they enjoyed road trips to Mesquite, day trips to Wendover with special friends, visiting with siblings on both sides of the family, vacationing in the Black Hills, 4PM cocktail hour, and spending quality time with kids and grandkids. Their love for each other never wavered and they shared 48 years of ups, downs, love, loss and laughter. Always lots of laughter.

Benji enjoyed the simpler things in life including his reliable little green truck, his trusted pocket knife, reading the Bible, the newspaper and crime novels, completing the daily crossword, playing computer solitaire, watching Bob Ross, getting frustrated with and rooting for the Utes and the Jazz, listening to bluegrass and old-time country,” camping at Topaz Mountain with his buddies who formed the “Guano Society,” playing Yahtzee with and cheering on his beloved grandchildren in their extracurricular activities, snuggling and spoiling his trusted companion Peaches, telling stories and tall tales (including the number of languages he spoke and that his truck could fly) and giving others a hard time. He was a great cook and we’ll miss his famous posole and burgers. He often surprised Jeri with a special home cooked meal after she returned from work. He was gruff on the outside but tender on the inside. He was generous, loyal to and fiercely protective of his loved ones.

One of the most challenging times in his life was experiencing the unexpected loss of his son Rich; he was absolutely heartbroken. It brings us great joy imagining their reunion.

The family would like to extend a special thank you to the medical staff at Lone Peak and St. Mark’s hospitals and to Dr. Philip Roberts for taking such great care of Ben. In lieu of flowers, donations may be made to the Rescue Mission of Salt Lake in Ben’s honor. A celebration of life will be held at a later date.

To order memorial trees or send flowers to the family in memory of Benjamin Ulibarri Jr., please visit our flower store.