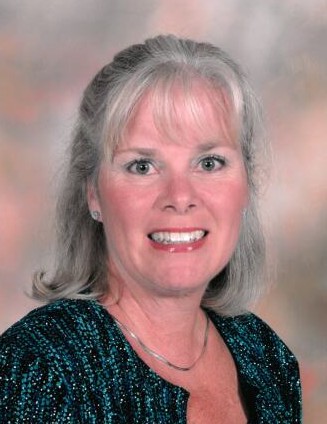 Ann “Pixie” Wirth joined Heaven’s company of angels December 5, 2020, at her home in Cottonwood Heights.  She was comforted by her husband and children and her faithful dog as she passed away.  Pixie fought pancreatic cancer for over two and a half years with dignity, strength, and resolve.  Her last success was to make it to Thanksgiving, her favorite holiday, with her family for dinner.

Pixie was born February 19, 1953, in Billings, Montana, to Richard and Evelyn Jaramillo.  She grew up in Billings and graduated in 1975 from Montana State University in Bozeman (Go Cats!) where she was a member of Chi Omega Sorority.  Pixie was as proud of putting herself entirely through college as she was in actually obtaining the degree.  A strong work ethic was an early trademark for her.

While in college she served an internship at the Yellowstone Boys and Girls Ranch treatment and care facility in Billings where she met her eventual husband, Barry Wirth, who was a volunteer worker.  They were married in the chapel on the ranch on December 20, 1975.  Since Pixie passed only two weeks short of 45 years of marriage, she agreed to rounding up to an even 45 years!

Pixie was an admissions counselor at Eastern Montana College (now MSU, Billings).  After moving to Utah in 1978, she was a compliance specialist for Prudential Federal Savings and worked in finance at ZCMI.  In 1993, Pixie completed, with honors, a Master of Education degree at the University of Utah and began a new career as a special education teacher, first at Kearns Junior High and later at Cottonwood High School.

Pixie was an active 42-year member of St James Episcopal Church.  She was a voracious reader, crossword puzzle enthusiast, and, until the cancer made it too difficult, an active member of the neighborhood book club.  She loved traveling the world, especially to Hawaii, the Caribbean, Europe and the Mediterranean.   And, there is no way to undersell her devotion to the Utah Utes football team.  Over the same 42 years she was praying on Sundays at St James, she was, on Saturdays following great tailgate parties, rooting on the Utes and yelling at opposing teams in Rice Eccles Stadium.

Over and above Pixie’s academic, professional, and friendship accomplishments, her family was the central focus of her life.  She lived for her two sons and her two grandchildren.  Pixie is survived by her husband, sons John (Britta) of Salt Lake City and Ryan of Anaconda, Montana, and his children Parker and Charlee.  Brothers and sisters include Sharon (Bob) Alexander of Ft. Pierce, FL; Richard (Rhonda) Jaramillo of Bremerton, WA; Rita (Bob) Hartman of Billings, MT and Roger Jaramillo of Big Sky, MT.

It’s time to rejoice and celebrate a life well lived as the long-awaited memorial service and reception for Pixie Wirth has been scheduled.  A victim of pancreatic cancer, Pixie left us way too soon on December 5, 2020.  Now, as Covid issues are diminishing, we will gather at 11:00 in the morning on Saturday, April 23, 2022, at St. James Episcopal Church in Midvale, UT (7486 Union Park Ave).

Life is short and we do not have much time to gladden the hearts of those with whom we travel.
So be swift to love, and make haste to be kind, and know that you are blessed and you are loved.     (Author Revised: Rev. Christopher Szarke)

To order memorial trees or send flowers to the family in memory of Ann Wirth, please visit our flower store.